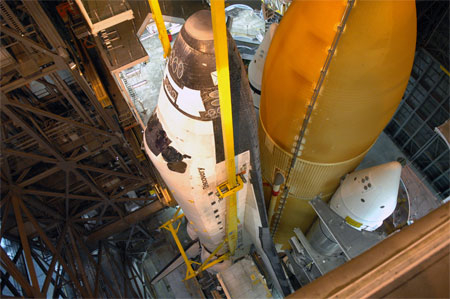 After completing a series of the final checkout, Discovery will roll out from the VAB to the launch pad 39A on May 3, 2008 (EDT).