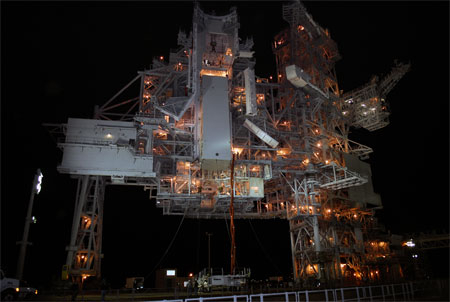 Space Shuttle Discovery will roll out to the Launch Pad 39A on May 3, 2008 (EDT). The PM and JEMRMS will be installed in the shuttle's payload bay after Discovery arrives at the launch pad.