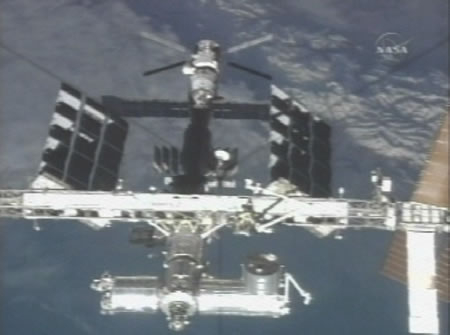 The space shuttle Discovery undocked from the ISS at 8:42 p.m. last night. Discovery and its seven crewmembers including Akihiko Hoshide left the ISS; they are now on the way back home.

After the undocking, Discovery crew conducted the fly-around operations. During the fly-around, the shuttle crew took photos of the ISS's overall configuration with the TV camera and handheld cameras. In the photos and video, Kibo and its remote manipulator system are seen as parts of the ISS.